"Bright red-ruby. A captivating cool aspect to the aromas of black raspberry, licorice and graphite. Classic youthfully dense, savory wine in a rather Old World style, showing a beautifully refined texture and a distinctly briney minerality to its flavors of blackcurrant, black cherry and chocolate. Clearly less viscous in texture than the 2009 but as strong in extract. The wine’s huge but thoroughly ripe tannins shut down the chewy, savory, very long finish in the early going. This beauty should unfold spectacularly over the next 20 years." (95+ pts.)

"Smoke, tar, incense and licorice are some of the many notes that emerge from the 2010 Cabernet Sauvignon. This is an especially dark, brooding vintage for Bryant. Cassis, pencil shavings and melted road tar emerge later, adding further complexity and nuance. Unlike the 2009, there is little in the way of early appeal. On the other hand, I see the 2010 drinking beautifully for many, many years. There is an underlying vein of minerality that gives the 2010 a sense of energy and focus. Anticipated maturity: 2018–2030." (96+ pts.)

"Seductive oak has a smooth vanilla bean edge, leading to a rich yet elegant core of spicy berry, mineral, mocha, gravelly earth and road tar. Most impressive on the finish, where the flavors retain their graceful balance and end with a long, persistent finish. Drink now through 2025." (95 pts.)

"Teasing the taster with a possible three-digit perfection is the 2010 Cabernet Sauvignon Pritchard Hill. This beauty shows lots of creme de cassis, blueberry liqueur, spring flower and forest floor notes in an opulent, full-bodied, powerful, dense, rich style buttressed by significant ripe tannins and decent acidity. Again, the striking purity and singular character of this Bryant Cabernet Sauvignon oozes potential as well as pedigree. This spectacular, young Cabernet should turn out to be one of the all-time great Bryant Cabernet Sauvignons, rivaling their 1997, but slightly more structured. Forget this one for 3–4 years and drink it over the following three decades." (99 pts.) 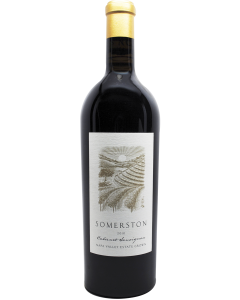