"Fully saturated ruby. Knockout aromas of fresh black cherry, blackcurrant, exotic herbs, coffee and menthol, plus a hint of minerality. Juicy, fruit-driven flavors of dark berries and cherry are complicated by cocoa, vanilla and graphite and given laser-like precision by vibrant, harmonious acidity. Manages to be both fleshy and acidic at the same time, demonstrating uncanny depth and complexity of flavor. This strikes me as deeper and longer than the already magnificent 2009: it may well turn out to be the wine of the vintage. These two wines from Petrus make for an outstanding, back-to-back pair of vintages." (98+? pts.)

"Deep garnet colored, the 2010 Petrus opens a little broody, with gentle crushed rocks, cast iron pan and fragrant earth notions giving way to a core plum preserves, baked blueberries, licorice and Black Forest cake plus wafts of pencil shavings, garrigue and violets. Full-bodied, the palate is beautifully poised with a firm line of exquisitely ripe, fine-grained tannins and fantastic freshness bolstering the generous fruit, finishing very long and very, very classy. Collectors fortunate enough to have a few bottles of this vintage are advised to be patient and allow it a further 7–10 years to loosen-up and emerge gloriously from this rock-solid structure." (100 pts.)

"This feels dense and unyielding now, with loads of grip supporting a dark, muscular and very backward core of bay leaf, tobacco, plum, blackberry and fig notes. Powerful, fresh and racy, with a tarry edge adding vivacity and drive to the lengthy, raspberry-dominated finish. The raspberry spine seems destined to win out after extended cellaring. Best from 2017 through 2035. 2,500 cases made." (97 pts.)

"The harvest at Petrus took place between September 27 and October 12, and the 2010 finished at 14.1% natural alcohol, which is slightly lower than the 2009’s 14.5%. The 2010 reminds me somewhat of the pre-1975 vintages of Petrus, a monster-in-the-making, with loads of mulberry, coffee, licorice and black cherry notes with an overlay of enormous amounts of glycerin and depth. Stunningly rich, full-bodied and more tannic and classic than the 2009, this is an awesome Petrus, but probably needs to be forgotten for 8–10 years. It should last at least another 50 or more." (100 pts.)

Where It's From
More Information
Reviews
Write Your Own Review
Only registered users can write reviews. Please Sign in or create an account
Related Products
Other High-End Wines to Consider 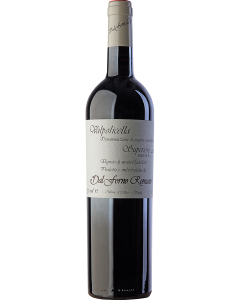