"The 2014 Dominus is endowed with tons of depth, power and muscle. Black cherry, plum, smoke, menthol, licorice, chocolate, dried herbs and dark spices are all pushed forward. Deep, pliant and exquisitely layered, the 2014 possesses tons of concentration and mid-palate depth. Like so many wines in this vintage, the 2014 comes across as a hybrid of 2013 and 2012. I very much like the energy and focus in this wine. This is a fabulous wine in every way. With time in the glass, the flavors gain in brightness and focus. There is certainly much to look forward to." (96+ pts.)

"The 2014s, where the production of Napanook was only 2,200 cases and Dominus slightly more than the 2015 at 4,000 cases, was another early harvest, although somewhat later than 2015. The 2014 Dominus, which is 86% Cabernet Sauvignon, 7% Cabernet Franc and 7% Petit Verdot really struts its stuff. Moueix’s belief in dry farming seems to be paying off with stronger and stronger vintages, each successive year, and the 2014 is a sexy, opulent, layered, multidimensional wine with notes of red and blackcurrant, cedar wood, tobacco leaf , spice box and licorice. The color is a dense plum/ruby/purple, much like the Napanook. This is a beauty that is already drinking gorgeously — as most 2014s are — and will continue to evolve for 25 or so years." (97 pts.) 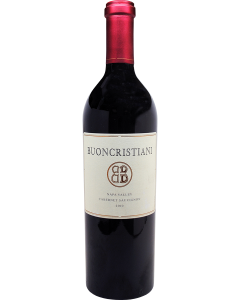