2 items or less in stock. We will confirm your order by email.

"Scheduled to be bottled in February of 2014, the 2010 Cote Rotie La Landonne is a more fresh, pure and focused example of the 2009. While it doesn’t have the over the top exuberance of the prior vintage, it offers incredibly pure, detailed and classic aromas and flavors of black pepper, currants, blackberry, mineral and smoked bacon fat. Full-bodied, layered and deeply concentrated, yet also graceful and seamless, this knockout effort should require a decade to come around and have 3–4 decades of longevity." (98–100 pts.)

"As with the other two single-parcel Cote Roties, the 2010 Cote Rotie La Landonne is pure perfection in a glass. An incredibly massive, muscular, full-bodied effort, it has an insane amount of structure to go with an equal amount of concentrated fruit. Cassis, smoked bacon, coffee bean, cracked pepper and liquid rock-like qualities are all present here, and it hits the palate with a chiseled, focused textured, building tannin and terrific length. It’s the most backward of the 2010s and will require a decade of cellaring, but will keep for about as long as you’d like to hold onto bottles." (100 pts.)

"Terrifically dense, with tightly coiled flavors of warm ganache, fig paste and blackberry confiture. Shows plenty of range as well, with well-embedded notes of bay leaf, chestnut, juniper, black tea and charcoal. This is intensely grippy through the lengthy, fine-grained finish. Should age marvelously and slowly. Best from 2017 through 2040. 600 cases made." (99 pts.) 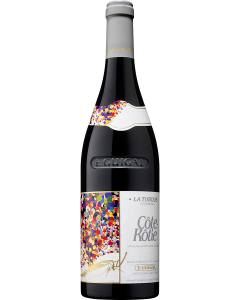 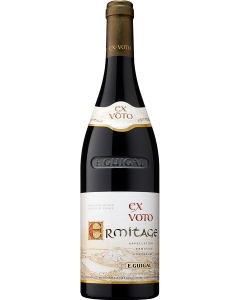