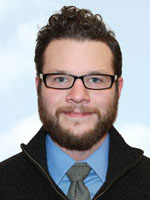 "Has a dark amber color and notes of honeyed apricot, lemon zest and quince. The mouthfeel is lighter than you may expect but does not detract from this rich dessert offering from Moraitis."

"A rich dessert-style white, with plenty of buttercream, maple and ripe pear flavors. The long finish echoes smoke and spice. Drink now through 2016. 500 cases made." (88 pts.)

"The 2006 MONEMVASIA LIASTOS was sun dried for 15 days and then aged in oak. Relatively light, it is laced with apricot and peach nuances, not particularly syrupy, and not as rich in the palate as the nose promises. It is very tasty, but it does thin fast and the fruit acquires a dried apricot nuance with air and warmth. The intense aromatics were its best feature. Drink now–2015." (88 pts.)