"I loved the 2017 The Flight, a Merlot-dominated blend (there’s normally a small amount of Cabernet Sauvignon and Cabernet Franc) that comes from the estate vineyard and is raised with the same care as the flagship Screaming Eagle. Incredibly aromatic, with lots of black raspberry and blackberry fruits as well as notes of flowers, spice box, and hints of chocolate, it hits the palate with medium to full body, a polished, silky texture, and a great finish. As always, it leans toward the complex, elegant end of the spectrum, yet it never lacks for richness. It’s going to evolve for 20 years or more." (94 pts.)

"The 2017 The Flight is all about sensuality and nuance, both of which it has in spades. Precise and aromatically expressive with striking finesse, the 2017 is also a rare Flight that is going to drink well right out of the gate. In 2017, the blend has a bit more Merlot than usual because there was less Cabernet to work with as a result of the fires. That, along with a number of heat spikes, yielded an especially open-knit Flight. Rose petal, mint, lavender and spice give the 2017 striking aromatic top notes. Silky, perfumed and light on its feet, the 2017 is invigorating in its freshness, with a pretty, classically austere feel that is such a signature of the year at so many properties." (94+ pts.) 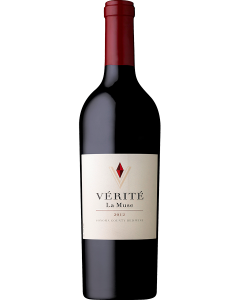