2 items or less in stock. We will confirm your order by email.

"The 2012 Seven Stones is soft, silky and beautifully nuanced from the very first taste. Cedar, tobacco, red cherry pit, mint, plum and spice notes are woven throughout. Today the 2012 comes across as a touch understated, most likely because it was just bottled. Still, the wine’s balance is utterly impeccable." (93+ pts.)

"One of the richest and densest wines of the year, the 2012 Cabernet Sauvignon is a wine of pure impact and body. The 2012 is going to need quite a bit of time to develop its aromatic complexity and nuance. Today it is the wine’s texture and heft that dominate, but my sense is that this will look quite different once the 2012 has had another few months in barrel." (94–96 pts.)

"The fabulous 2012 Cabernet Sauvignon is virtually all 100% new oak-aged Cabernet Sauvignon. A dense purple color is accompanied by smoky barbecue, charcoal, crème de cassis, coffee, chocolate and graphite notes. Full-bodied, opulent, fleshy and sensual, it can be consumed over the next 10–15 years." (96 pts.) 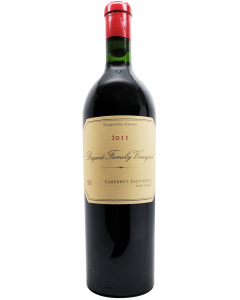